Short Explanation of The Words Used In The Romanian History

In Romanian history, the language has many words probably unknown to you. Even to many Romanians, these words are unknown, but without them, our history cannot be told. We will try to explain to you the roots of some of these words.

Short Explanation of The Words Used In The Romanian History 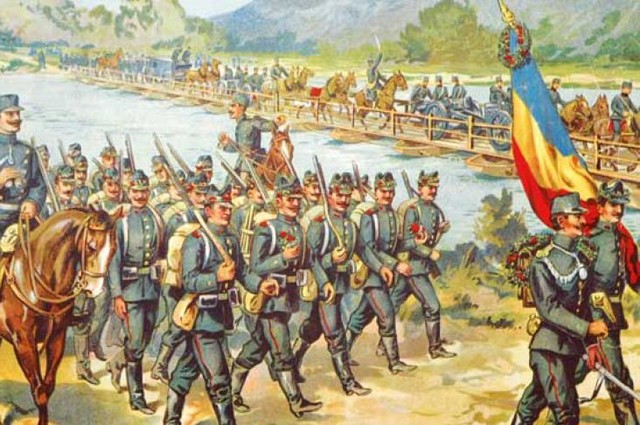 In Romanian history, the language has many words probably unknown to you. Even to many Romanians, these words are unknown, but without them, our history cannot be told. We will try to explain to you the roots of some of these words, and we will use, quotes from the book: „A short history of the Romanians told to the young ones“ - printed at the Humanitas publishing house.

Vlach - This came from Wallachia.
As Mr. Neagu Djuvara said in his book “A short History of Romanians told to the young ones” published by Humanitas printing house, Vlach is not a pejorative term but a very noble name given by the Germans to those belonging to a tribe named Volcae situated in what is now Switzerland ad Austria who spoke a Latin language.

This is the explanation of the fact that today from the British Isles along the old border between the Roman Empire and Germanic peoples remain a core that still has names derived from Volcae. For example, the name Wales came from the same root as Wallachia and if we are looking at continental Europe, the Walloons from Belgium have a name derived from Volcae.  The Italians were named Wahlen by the Germans and Wloch by the Polish. The Slavs took the term from the Germans, making the inversions valh/Vlach. From the Slavic population, it was adopted by the Greeks, and because in Greek V is written B, the term transferred to the west during the crusades; the French spelled it, Blach. In conclusion, the name of Vlach was applied by the Germans, Slavs and Greeks, and the Romans.

The Vlachs and Wallachia were used by foreigners to talk about Romanians, but how did Romanians call themselves? They used the same word as of today „Romani“ and the name of the country, „Romania“. A document written by a catholic monk Stefan Szanto requested schools to be established for „Valaquia inferior quaue Romandiola et Romaniola dicitur“ (Southern Wallaquia which is also called by the Romanians Romandiola or Romaniola). When Romanians started to translate their documents from the Slavonic language into Romanian they used to say that „the translation was made from Slavonic to Romanian“ and when they translated foreign documents that were speaking about them or the country they always translated Valach to Romanian and Wallachia to Romania. In fact, we knew from old documents that Romanians called themselves „rumani“ or „romani“ and their country „Tara Romaneasca“ or „Tara Rumuneasca“ which can be translated as „The Romanian Land“.

A modern example, where other countries are called with a name by the foreigners and with a different name by its citizens: Germany - Deutschland; Hungary - Magyarorszag; Greece – Ellada etc. Another word used in medieval terminology coming from the Slavs is Krali. It is interesting to observe the terms which are designating the chiefs of the Slavs because many of these will be taken by the Romanians. The king of the Slavs was called the first „krali“ coming from the French king Carol the Great. In German dialects, it was spelled „Kral“, pronounced by the Slavs as „Krali“ (a term which is taken as a substantive by the Hungarians „kiraly“ and Romanians „crai“)

Other important noble titles - „ban“ and „jupan“ are inherited from the Avars; „boier“ it is Turanian or Petcheneg, or Proto-Bulgarian. Another two terms of the Slavs; „knez“ which is  „cneaz“ in Romanian and „vitez“ as „viteaz“ in Romanian, are of German origins, like „konig“ - king and Viking (the name of the Scandinavian conquerors who from the 9th - 11th century made raids in Northern Europe, reaching in the west as far  France and England and in the east to Russia, where under the name of „Varegs“ they founded the first Russian state. The only authentic Slavic term for a ruler is „voivod/voievod“,originally meaning leader of the army, then in Romanian - but only there - Wallachia, Transylvania and Moldova, it means the ruler of the country. It is a miracle that together with the Slavic names we have maintained the old Latin name of „domn“ (dominus) which was given by the Romans in the last centuries of the Roman Empire for the emperor.

The same name of „domn“ is given by the Romanians to our Lord Jesus Christ and for God too. We have another reminder of the old Roman structure, keeping in the vocabulary the word „imparat“ (imperator) when for hundreds of years Romanians did not have an emperor to the north of the Danube, to the south where the ruler from Constantinople was called in Greek „basileu“ and in Slavic „Tzar“; which came from the Latin word „Caesar“ (Cesar) pronounced originally „Kaisar“ - transformed for the Germans to „Kaiser“ and for the Slavs „Tzar“. All these words have as you can see a very interesting history in our language. Also, Transilvania it came from the Latin word, “trans-silva” beyond the forest. We have explained a few here to hopefully understand the complexity of our history and language.