Explore the medieval town of Brasov, dating since 1235, one of the most important medieval towns from Transylvania The main sites are: Council Square, Black Church, White and Black Towers, Weaver’s Bastion and Ecaterina’s Gate, The Rope’s street, St Nicholas Cathedral, Museum of First Romanian School, etc.

The tour runs for minimum 2 people

Meet with our guide and start a walking tour of Brasov - Old medieval town.. The city of Brasov is one of the oldest in Europe, dating from 1235. During the Middle Ages, Brasov was known as a powerful fortress surrounded by high stone walls and defended by bulwarks, towers and other small fortresses. The buildings and the streets in the historical centre still preserve a medieval note.
Dating from 1520, the City Council Square has been considered the centre of Brasov for hundreds of years. Merchants and craftsmen fairs took place here. They came from Transylvania, Wallachia, and even the Near East and Europe. According to the types of merchandise they traded on the side streets of this Square, the streets were called The Wheat Fair, The Cloth Row, The Butnar Fair, The Linen Fair, The Cotton Row or The Coats Fair.
The Square is surrounded by houses built in the Renaissance, Baroque, Provincial and Neo-classic style and they once sheltered small shops and warehouses.
The Square is dominated by the magnificent building called the Council Hall.
The medieval fortress of Brasov was one of the most secure fortresses in Europe, the architectural defence pile being made of stone walls, 24 defence towers, 10 bulwarks and 4 fortified gates. The towers had both defence and observation roles. During our tour we’ll see the old wall which is still preserved, Black and White Towers and also we’ll visit the Weaver’s Bastion – the biggest and best preserved bastion.
Ecaterina`s Gate situated near the Schei Gate in the western part of the Fortress was built in 1559 in the Renaissance style. It has a sharp tower and four little towers, symbolizing the medieval right of life and death (the right of the broadsword). The gate also had firing vents, a drawbridge with chains, being one of the most fortified gates of the city.
The very known Black Church it is also a major tourist sight of Brasov and a stop in our tour. Due to its dimensions (over 89 metres long), the Black Church is the largest religious building between Vienna and Istanbul. From 1385 when the process of building the church began and up to 1689 when it got fire, the name of the church was St. Mary`s Church. Due to the dark colour of the burnt walls, it got the name of the "Black Church".
Another stop will be at St. Nicholas Cathedral which is considered the Romanian’s Cathedral in the Barsa region and it is situated in the oldest part of the city - the "Schei" district. It was built in 1495 in the same place where a 13th-century religious establishment once stood. Next to it is the Museum of the first Romanian School, which displays a 15th century print shop and an extremely valuable collection of old books and documents, one of the oldest of their kinds from Romania. 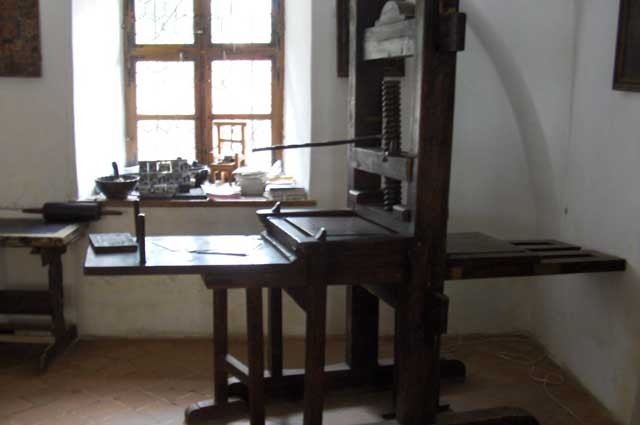 The Brasov walking tour is the best way to discover the beauty and the history of our town. We’ll visit the most important sites, and our professional tour guide will explain to you all the details about the local history, culture, traditions and legends. The old town of Brasov has a lot of nice, narrow streets, on many of them the cars access is restricted, therefore a walking tour is the perfect choice.