Calarasi county is placed in the southeast of Romania, bordered by the Danube to its southern side. 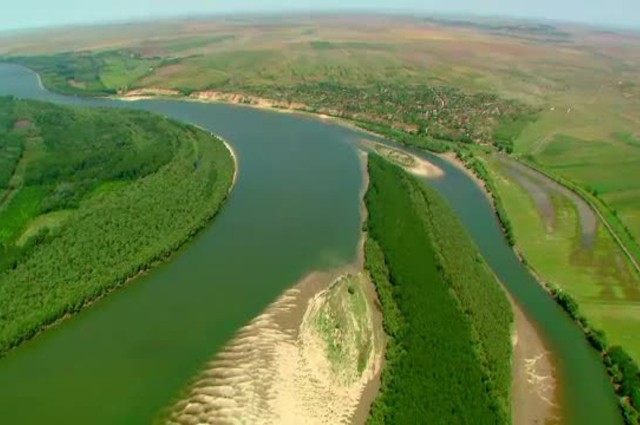 At the end of the VII century, Bulgars appeared close to the Danube and founded in this area a state recognized by the Byzantine Empire in the year 681 and Christianized during the time of the Tzar Boris the first (852-889)
Even without exact proof, it appears that between 864-971 Dobrogea was owned by the Bulgars. The Bulgarian state knew its maxim period of expansion and economic-cultural blossoming during the time of Tzar Simeon (893-927) but at the same time, it started conflicts, internal and external with the Hungarians.
The decline of the Bulgarian state began under the Tzar Petru (927-969) and it stopped when the Byzantines invaded the eastern half of their state. To be able to defend his territory against the attacks by the nations coming from the east and to control this strategic point of commerce in the southeast of Europe, the Byzantine emperor Ioan Tzimiskes reorganized military and administration in this area after a victorious campaign from 971.

He split into two sides this area Bulgaria and Dristra, each one commanded by a general, and rebuilt or repaired the citadel from the old Roman line of fortification from the Danube: Durostorum (Silistra), Axiopolis (south of Cernavoda), Capidava (between Harsova and Cernavoda on the Danube banks), Carsium (Harsova), Troesmis (Turcoaia), Dinogetia (Garvan-jud Tulcea) Noviodunum (Isaccea).
Because the residence of the governor was situated at Durostorum for its defense, a strong fortification was built on the island Pacuiul lui Soare situated 18-20 km downstream. Cutting Danube waters at a length of 6 km, the island Pacuiul lui Soare is nowadays a natural fortification which hides on its northeast side between bushes of elm, cherry, and other trees, the ruins of the old Byzantine citadel which be seen today 10%, the rest being covered by the Danube.

The citadel Pacuiul lui Soare - the best-defended citadel among those that are known in this region was built between 972-976 by the troops of the emperor Ioan Tzimiskes and reflects the importance of the Byzantine domination of the Danube and the greatness of the dynasty of the Macedonian emperors.
We suppose today that the citadel was built by the Byzantines on the ruins of an old one, re-using the construction material and using new techniques of construction. Because the soil was composed of sediments, there existed two ways to assure the safety of the walls: a deep foundation or a wood structure that necessitated a huge quantity of stone. The second version has preferred the foundation of the inner wall being built from oak stakes stuck into the ground at intervals and over them placed oak beams, placed longitudinally and transversely with the free space filled with mortar (a mix of lime, gravel, and stone combs). 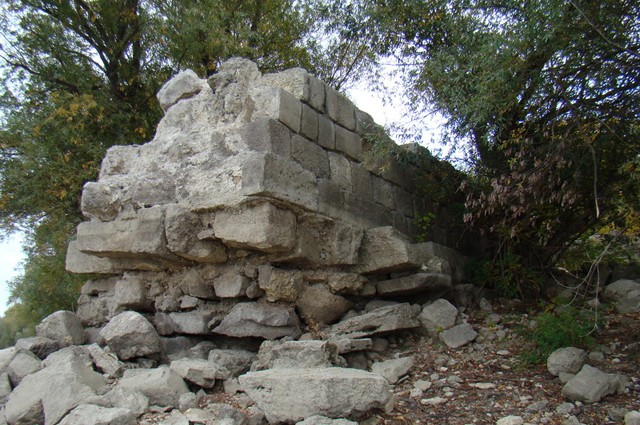 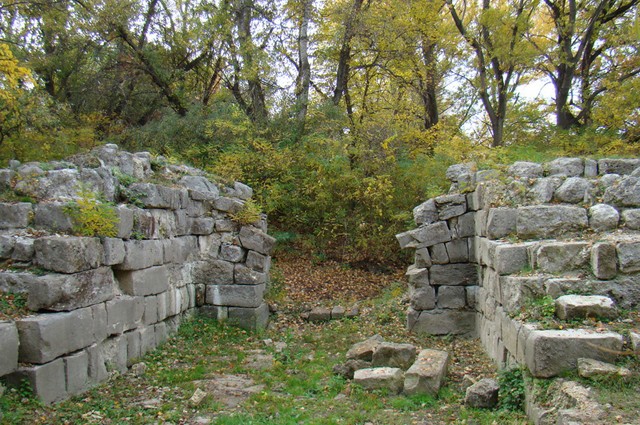