Situated approximately 150 km north-west of Bucharest, Curtea de Arges used to be the capital of the Romanian Country or Wallachia from 1290 until 1396. The idea is that a nobleman who participated in this crusade from 1396-Nikopol noted in his documents about the movement of the capital from Curtea de Arges to Targoviste. In Curtea de Arges we have two important stops to make.

The first Royal Church, The Arges Monastery, The Manoles Fountain, The Potter Church. 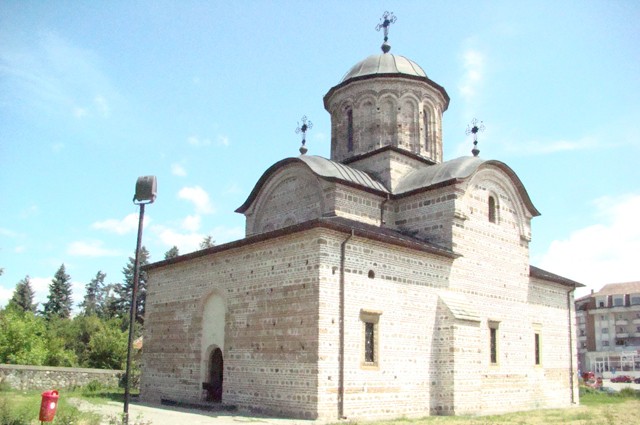 The building started in the time of Basarab I (1310-1352) in 1340, exactly 10 years after the great victory of Basarab over the Hungarian King - Carol Robert of Anjou. Except for the stone cellars of the former Royal Court, only the Church dedicated to St. Nicholas is preserved.
The spectacular structure was accomplished during the reign of three voivodes and eventually served as a royal burial ground. There was no doubt buried Radu I and his brother Vladislav Vlaicu, as well as other members of the ruling family.

The fashion in which the edifice was erected is a purely Byzantine one. This is clearly visible not only with the building’s plan but also from the entire architectural design. Although in time the construction did suffer some changes, not necessarily for the better, nowadays it is revealed to us in its entire original beauty.
Even today the austere design, entirely brickwork and displaying only a single spire and a two-aisled nave, makes a strong impression. The paintings in the edifice were preserved and they represent the oldest most complete ones in the south region south of mountains. The work on the frescoes was carried out in the time of Vladislav Vlaicu Voivod and the execution was one of great quality. The painters managed to include in their characters a certain naturalism, which again impresses the careful beholder.

Both Basarab, the first important voivod of The Romanian Country, and his father Thocomerius had Turkish sounding names, possibly of Cumanic origin. This testifies to the initial extraction of the Romanian dynasty out of the Cumanic nobility who were in an advanced process of becoming Romanian and living on both sides of the Carpathians.

Under the window from the southern side, you can see unique frescoes of the Virgin Mary pregnant.
Basarab’s most significant accomplishment was, of course, the victorious battle between 9-12 of November 1330, that took place along a narrow pass in the Carpathians, against the Hungarian king Carol Robert of Anjou. On the northern wall of Curtea de Arges Church,time has preserved a little inscription scratched in old Slavonic by one of the masons: „in the year 6860 (1352)* in Campulung, passed away the great Voivod Basarab“. Like his son, Nicolae Alexandru, Basarab was not buried in his foundation   Curtea de Arges, because it was not yet completed.

It seems that the first voivod buried in St Nicholas Royal Church at the same time that the edifice got painted, was Vladislav Vlaicu. The richest grave there which was discovered during archaeological diggings led by V. Draghiceanu, after the Great War (1922), was attributed to him. The investigations revealed the purple princely garments, which deteriorated rapidly on contact with the fresh air, but the golden buttons, the pompous buckle, the rings, and a diadem, all from the same metal, remains a testimony of the grandeur of the royal attire. 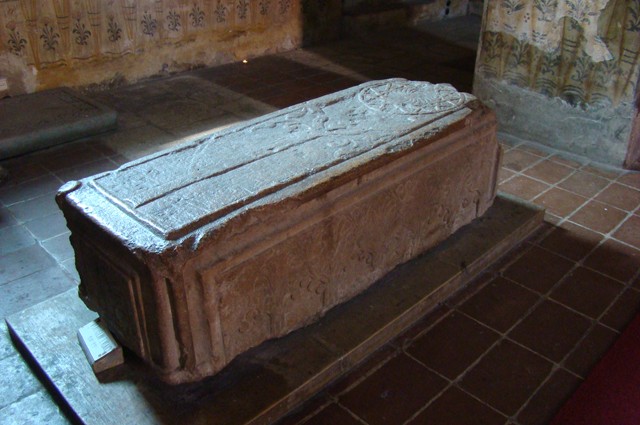 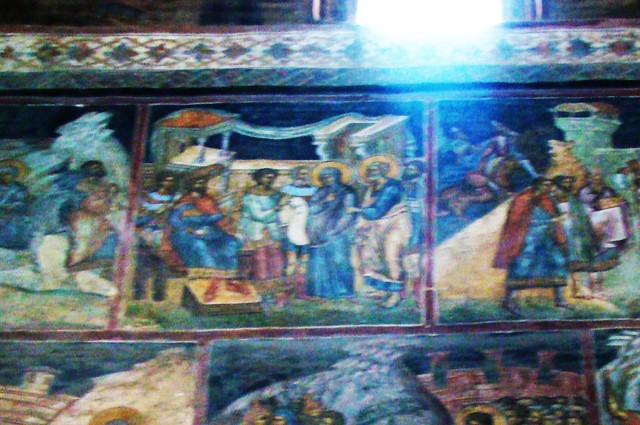 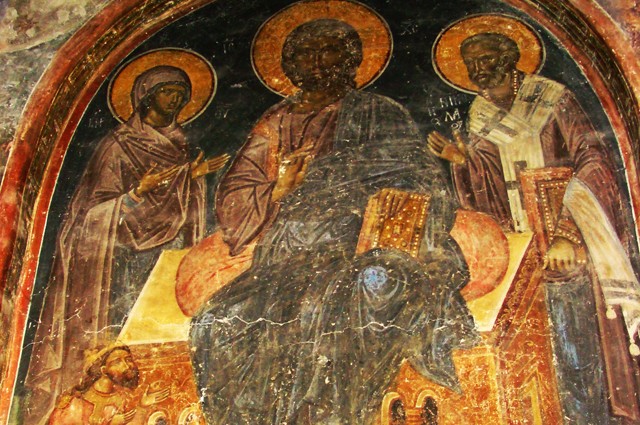 The Monastery from Curtea De Arges 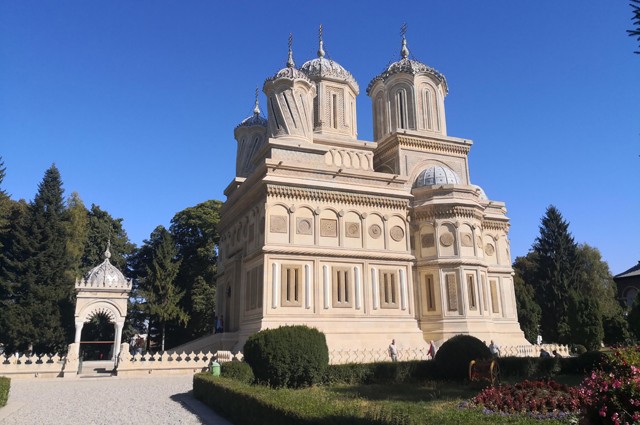 On the other side of the Basarab Boulevard from Curtea de Arges, you will find The Monastery of Curtea de Arges, as it is known in Romania. There, you can see a church built originally in 1512 and then repaired and renovated around 1900 by King Carol I of Romania.
The oriental influence on the architecture, created by two frontal twisted towers and by all the decorations around the church, is obvious. Also under the roof, you can see small metal-made birds which have a small bell in their beaks, bells that ring when the wind is strong enough.

Inside the church, you will find on the right-hand side the graves of Carol I and his wife Ecaterina, first King and Queen of Romania, from the Hohenzollern - Sigmaringen dynasty, and on the left-hand side the graves of King Ferdinand I - The Faithful (to Romania) and his wife, Queen Mary. Above the door on the left is painted the image of the King who made the plans for the church and also renovated it and on the right his wife with a big Gospel in her hands. It is a gospel made by her with golden wires, which can be seen in a shop window at the feet of her tombstone. Near it, on the left, is the grave of Neagoe Basarab the ruler, which was made in 1514. Now he has become a saint in our church and that is why you will see his icons right there.
If you look carefully around you will see the 12 pillars sustaining the roof, the same number of the apostles.

The rest of the church is built in a classical Byzantine and Romanian way.
The legend of the artisan Manole
These are the first rhymes of the legend:

„Down on the Arges River, on a beautiful beach,
The Black Ruler passes, with 10 companions,
Nine famous masters, journeymen and masons,
Manole is tenth and the best of them“

He was passing by seeking a good place to build a church, the most beautiful in the whole world. When he discovered it he hired 10 artisans led by Manole, the best among them.
They started to build the church but everything that they built during the day collapsed during the night. Bad artisans you would say. Not so. One night an angel sent by God appeared in his dream and told him that the church would be ready only when they buried alive within the walls the first wife that came the next morning to bring them food.

The next morning the first wife that showed up was Manole’s wife. He was forced to bury alive his wife between the walls (you can actually see the place on the southern wall marked with red paint) and then the church was finished. When the ruler came to see the completed construction he realized that it was a very beautiful church. He then gave orders to his men to take away all the stairs around the church and let Manole up on the roof. He wanted him to not be able to leave that place and build another church more beautiful than this one.

Desperately, Manole who sacrificed everything for the church built for himself some wooden wings and tried to fly away from the roof of the church. He fell down and died and in the place where he died, a well with sweet and good water appeared. The well still exists.
Interpretation: This is a story about self-sacrifice, sacrificing something you care about in order to accomplish a goal. A very easy example: for this holiday you saved money instead of buying something, you sacrificed to be able to come here.

In a theological interpretation, is not difficult to observe that the name Manole came from Emanuel, which means - God is with us. In fact, the „artisan“ built a church exactly as Christ did on earth: The Christian Church. Like Jesus, Manole died in the end, but where he died a well with sweet water appeared. It is a brilliant correlation with Jesus’ words: „The one who will drink from the water which I will give to the world, will never be thirsty… Because a source of living water will appear in him“.
To fulfill his work, Manole buried alive within the church walls his beloved wife Ana (the name comes from the Hebrew word „Hannan“ = charity, gift), this way making the most important sacrifice for God. 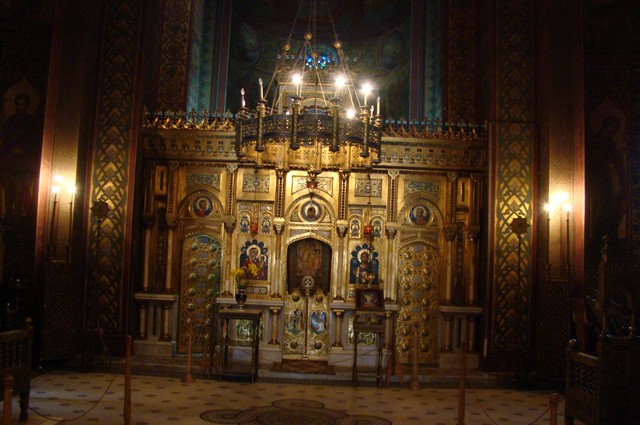 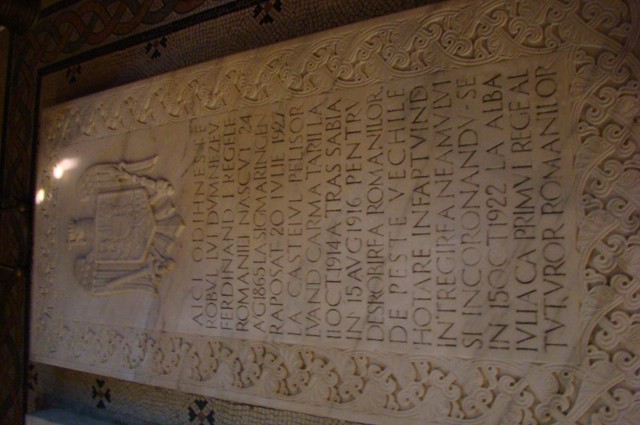 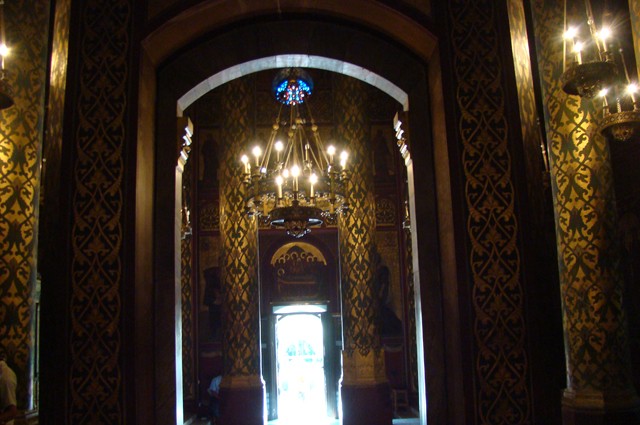 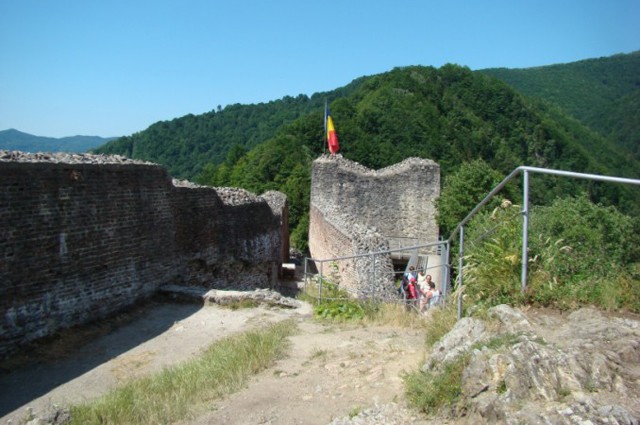 Poienari was a very small fortress having a garrison no bigger than 15 people. It is situated in the valley of the Arges river on a hill. It is a very strange place to place a fortification because the main tower was erected in 1290 and the rest of the construction in the 14th century and the first road over the Carpathians there did not appear until 1970, so strategically speaking the citadel does not defend a pass but only the treasure of the country and the family of the ruler, as a last point of resistance in case of invasion. You now need to climb about 1488 steps through the forest to reach the top where is the citadel. The entrance is situated between the ruins of the towers situated on the western side and from here starts a narrow corridor like a trap for the enemy.

The corridor has on one side the main tower of the citadel built-in 1290 by The Black Ruler or Thocomerius a Cuman noble who became the voivod of Wallachia and on the other side, a wall which is built basically of river stones placed one above the other types of construction from the 13 century. On the southern side you’ll find the ruins of the towers and on the northern side where used to be another wall, long ago collapsed, now is a cement path which has on one side the big tower and on the other, the water cistern of the fortification.
From here you can view the valley of the river Arges which flows at the foot of the citadel after escape from the dam situated 3 km away following the road to the mountains.
The fortification is very interesting and you’ll never forget this trip. Of course, if you’ll escape being bitten… by Dracula!